In this 2019 fifth edition of Pacifica Voice:

Pacifica Voice is eager to receive articles on issues important to our community. Please send them to pacificavoice@outlook.com for consideration.

On June 6th the Pacific Beach Coalition (PBC) accepted a Bay Area Metro Award from the Metropolitan Transportation Commission (MTC) in conjunction with the Association of Bay Area Governments (ABAG). Out of nearly 80 nominations the PBC was one of 13 recipients. The award was given to organizations, people, projects or local governments dedicated to “advancing solutions to ease the Bay Area’s housing crisis, improve the transportation system or make the nine-county region more resilient.”

As an active member of the PBC I am honored to be part of an organization that is dedicated to preserving our coastal habitat, educating our youth, ending litter and advocating for the sustainability of our community through action.

I took the opportunity to ask Lynn Adams, President of the PBC, her thoughts on receiving the award. Lynn’s response: “The thing that prides me the most about PBC winning this Bay Metro Award is that this work to clean our beaches, to end litter and restore habitat has been done by volunteers from Pacifica, from the Coastside and from all over the BAY AREA. There is no limit to what can be done by volunteers if there is leadership giving them the chance. Thank you to the Pacific Beach Coalition members for leading the charge. Thank you to the City of Pacifica, County of San Mateo, all of our sponsors & donors and to the State of California Coastal Commission for supporting our work and allowing our amazing team of leaders and volunteers to take action, learn, and make such a difference! And a big thank you to the environmental leaders of the past who have inspired our work and protected our open spaces.”

I’d say Pacifica and beyond is privileged to live in a time and a place where grass roots and volunteers can move mountains. Here is to keeping on the good path! Here is to holding hope for our environment and our future! Here is to the Pacific Beach Coalition! 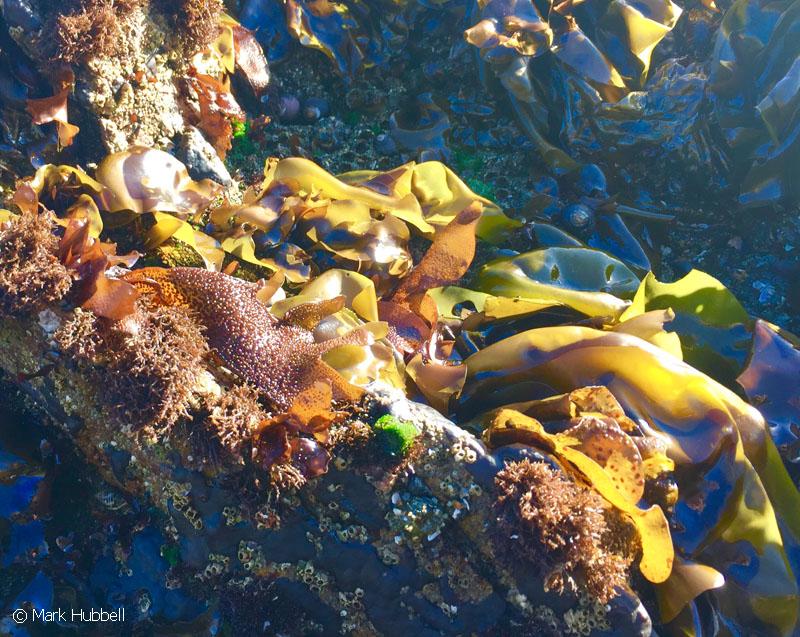 The expectation of this experiment is to analyze and learn how Microstransit might be a model that can be expanded throughout San Mateo County.

Cost is the same as a standard bus fare:

SamTrans will focus on the Linda Mar residents who relied on the former FLX program before launching a marketing campaign to all Pacifica residents and merchants.

Go to the SamTrans On Demand website to download the app, get more info and provide SamTrans with your feedback. 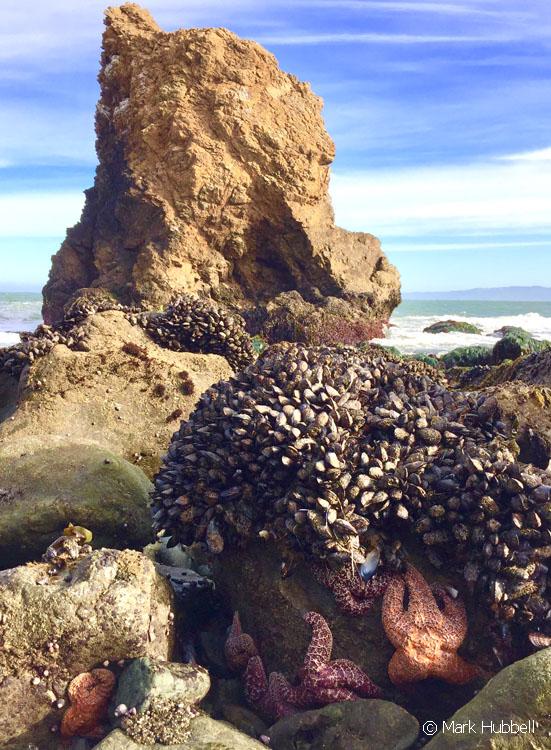 The Marymount Gateway Apartments: A case of rent stabilization in Pacifica

One Pacifica Apartment complex is subject to rent stabilization, with the rents of ongoing tenants set by the Planning Commission. The Marymount Gateway Apartments (170 units), south of Hickey on Gateway, applied on June 3, 2019 for a rent increase of 12.5% or up to market rate, whichever is greater. This is because the owners initiated a condominium conversion in 2008, but then failed (so far) to follow through on it.

This is the only apartment complex in Pacifica whose rents are regulated by the Planning Commission. However, when an apartment is vacated, the owners may raise the rent of that apartment to whatever the market will bear. So the regulation applies only to occupied apartments, and has the most effect on longer-term tenants.

In order to complete a condo conversion, separate electric and gas meters are required for each apartment/condo. As a practical matter, each apartment must also be prepared for sale as a condo. This would include new kitchen cabinets, appliances, carpet, paint, etc. It’s a big job, and the owners have taken no steps at all toward it.

By law, three factors must be considered in the decision of whether or not to raise rents: the prevailing rents for similar units in size and number of bedrooms, the Bay Area cost of living increases, and the condition of the units.

In 2017, the owners asked the Planning Commission for a 25% increase. The PC appointed a subcommittee to inspect the property, and found really poor conditions. The PC granted a 12.5% or to current market rate increase, whichever was less, with the understanding that the increase was to be used for improvements.

It is curious that the San Mateo County Health Department, which conducts regular inspections of apartment complexes throughout the County, found no substantive issues in inspections from 2015 through 2017, despite the findings of subcommittee appointed by the Planning Commission. The complex has not been inspected since 2017 by the county. In the report for the June 3, 2019 meeting, Pacifica planning staff cites the number of work order requests reported by the owners, and says that they are unaware of any complaints.

At the June 3 meeting, the owners were back again, asking for a 12.5% increase or an increase to market rate, whichever is greater. Several members of Pacifica Housing For All and residents of Marymount Gateway Apartments spoke. I and others advocated for another subcommittee to inspect apartments of volunteer tenants. The residents spoke of conditions that were not improved since the last time the owners requested an increase, including rats, mold, non-working appliances, plumbing problems, non-working washers and dryers in the laundry rooms, etc.

At that June 3 meeting, the Planning Commission did appoint a subcommittee to conduct an ad hoc inspection of the premises, and several of the residents volunteered their apartments. I sought verification that their information would be kept confidential. The Planning Commission will take this up again when the inspections are completed. So, stay tuned! 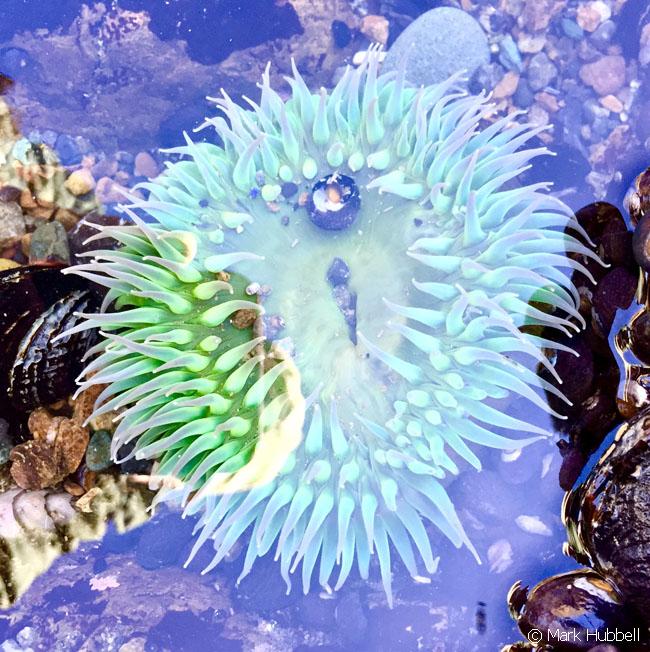 REMARKS TO THE CALIFORNIA ASSEMBLY IN SUPPORT OF SB 329, the Housing Opportunities Act.

One woman’s experience with Section 8 vouchers.

“Good morning Assembly Members. My name is Stasha Powell. I am the leader for Fair Rents for Redwood City and a renter struggling to use my housing assistance before it expires. I am here to speak in support of SB 329, the Housing Opportunities Act.

“When I found out that I had been approved for a housing voucher after 3 years on the waiting list, I was elated. I attended the orientation at the Housing Authority and couldn’t believe my good luck. The program would help subsidize my rent for the next 5 years while I continued to get a series of surgeries I’ve been undergoing. The fact that I would no longer be spending 89% of my income on rent meant that I would be able to pay for alternative therapies and prescriptions that I desperately need and… (would aid) my recovery.

“Because my current landlord refused to take my housing assistance, I began to search for an apartment where I could use my Section 8 voucher. Almost 95% of the ads and listings for available units state that no housing vouchers will be accepted. Because of this, I couldn’t even apply to show them that I have good credit, excellent rental history, have been at my current location for 17 years, never paid rent late, and had references (which included) several key community members and a city council member.

“… at this point, I have tried to apply for between 90 – 100 apartments. Out of (these), only one allowed me to fill out an application. The Housing Authority website for apartments that accept Section 8 vouchers haven’t had a single (availability) over the last 3 months. I have until September 1st to find someone to take my voucher or I will lose my housing assistance before I even had the chance to use it. Losing the assistance would mean that I would most likely end up homeless.

“I truly believe that, if I was given the chance to apply, management companies and owners would see that I am a great tenant…and someone would accept my voucher. The problem is that I can’t even get that information out there simply because I have a housing voucher. That is why SB 329 is so important. After waiting years for housing assistance, struggling renters shouldn’t be forced to return that assistance because of discrimination against housing voucher recipients.” 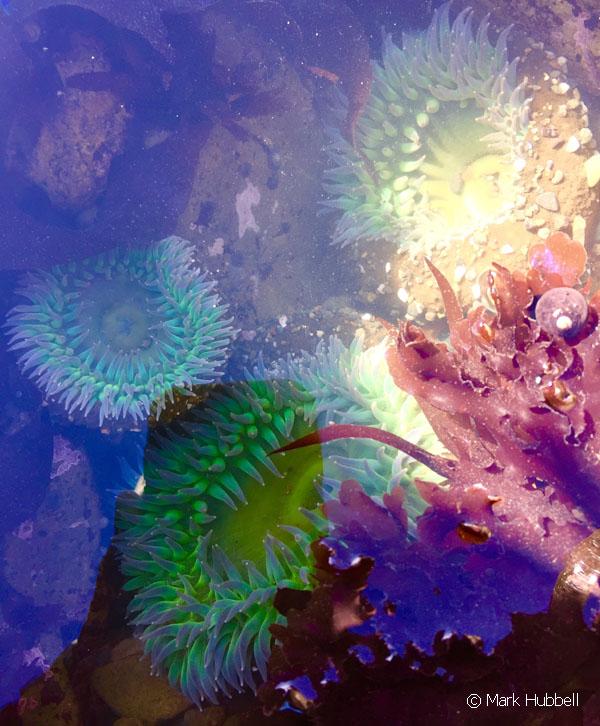 Last April, CDP Delegates Victoria Sanchez De Alba & Dan Stegink co-wrote the appended resolution titled: “California Democratic Party Resolution Against Citizenship Questions on US Census” to protect California residents from an attempt to both weaponize the Census against People of Color and deprive the State of California more than $880 billion in federal funding.

On Sunday June 2, our resolution passed a 3300 delegate floor vote of the California Democratic Party and was designated as one of the fourteen Priority Initiatives of the CDP. Secretary of State Alex Padilla presented a short video supporting the vote, and this resolution was included as part of the State of California’s official opposition in its US Supreme Court arguments at the end of June.

We’ve been told this was the first CDP Priority Initiative in California history written by Pacificans. Support from the Pacifica Progressive Alliance members was key to this victory and we’d like to thank everyone who came to support us. Here’s the complete list of 2019 Floor Resolutions chosen from more than 200 submitted. Ours is the second one:

“California Democratic Party Resolution Against Citizenship Questions on US Census

WHEREAS Donald J Trump (hence DJT) has engaged in harsh rhetoric regarding Latinos and other immigrant groups and sought to divide Americans on the basis of race, religion, and country of origin for political gain, his administration has signaled its plan to ask questions about citizenship on the 2020 decennial Census with the purpose to limit Democratic representation in Congress, the Electoral College and deprive California of its rightful share of about $880 billion a year in federal funding for schools, roads and other public services; and

WHEREAS, since the 1960s, the US has welcomed significant groups of immigrants from Mexico, India, China, Philippines, El Salvador, Cuba, Dominican Republic, Korea, Guatemala, Ireland, Russia, Poland, Italy, German and Eastern Europe as well as every country, race, and religion on earth, and the Constitution’s Enumeration Clause requires that every person in the country be counted, DJT’s attempt to politicize the Census turns its power against People of Color and minority groups it has historically protected. Many immigrants will likely be deterred altogether from participating in the census for fear that government could arrest and deport them; and

WHEREAS Commerce Secretary Wilbur Ross lacks the authority to include a citizenship question, his decision to do so was arbitrary, dubious, politically motivated and done without proper studies about the consequences of that decision, in violation of the Administrative Procedures Act, three lower courts have found the citizenship question to be unconstitutional and in violation of the Administrative Procedure Act, and the Supreme Court must decide this case by the end of June when the Census Bureau will start printing the 2020 census questionnaires;

THEREFORE BE IT RESOLVED that the California Democratic Party opposes the addition of this unprecedented and partisan citizenship question to the 2020 census. 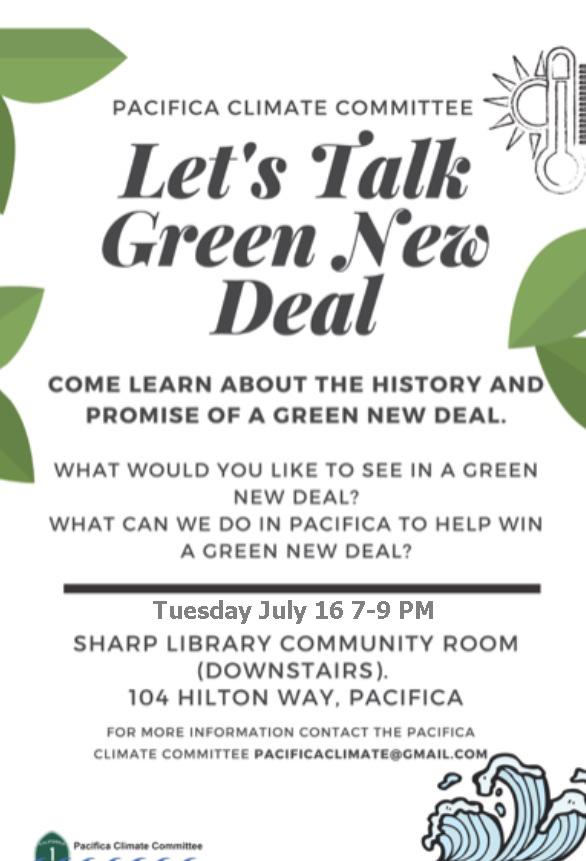 Show Solidarity
When: Thursday 7/11 4:30 – 6 PM
Where: southbound HWY 1 by the Moose Lodge
What: Hold signs in support of:
– Immigrants,
– Sanctuary City,
– No ICE,
– Close detention centers

(We’ll supply signs, or bring your own) 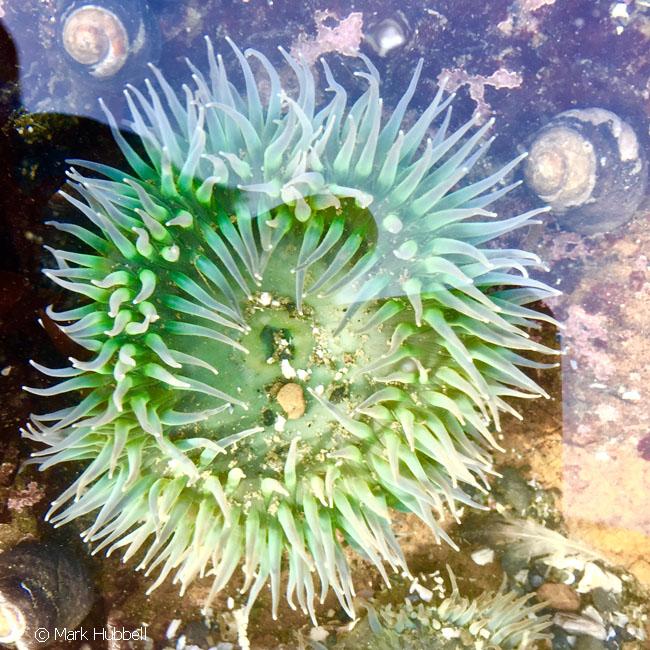