This January edition of Pacifica Voice shares remarks from city council members, both past and present. Mark Hubbell introduces our new Photo Gallery with January Pacifica highlights.Please visit our website at www.pacificaprogressives.com 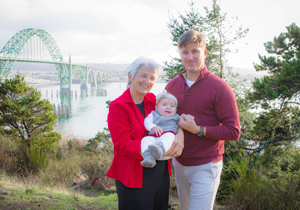 After 16 years as a city council member for Pacifica, three-time mayor Sue Digre is termed out. Pacifica Voice caught up with her, and Sue shared these responses to our questions.

1. What attracted you to run for office initially?

As a new neighbor in 1990, I was invited to a neighborhood meeting about a development on Milagra Ridge that was not in compliance with the City zoning code. We created Concerned Manor Residents to be sure our voices were heard, and we negotiated with the developer in a reasonable and civil fashion. We were sued, but the judge ruled that we had the right to free speech and assembly. Public voice has the power to keep our freedoms safe.

In 2002, I ran and won on a platform of a need for a strong economy based on our natural, environmental, and cultural assets. I believed these attractions would further support small businesses and hotels in Pacifica.

2. What accomplishments on council gave you personal satisfaction?

-I advocated constantly for greater community input through public forums and felt that city staff gained appreciation for this process;

– I did advocate, through numerous public forums, for the plight of renters. I felt it was a civil rights issue to be both protective of renters and fair to apartment owners. I felt we crafted a good Measure C, and it was some “measure” of success that it was on the ballot and debated. Blatant lies and an incredible amount of opposition monies derailed Measure C. Drafting legislation fair to tenants and landlords is under discussion in numerous settings;

-I helped forge a better working relationship between the City and Caltrans. We succeeded in repaving Highway 1, getting intelligent signals for better traffic flow, and building a new pedestrian overpass at Eureka Square;

-I facilitated membership and collaboration with the San Mateo County and Silicon Valley Visitors Bureau; and I improved person-to-person contacts with the City of San Francisco, the Coastal Conservancy, the County Parks, and the National Park System. These remain active, healthy relationships.

3. As you leave the council, what do you feel are Pacifica’s current challenges?

– We need to attract tourists and greater foot traffic to Pacifica.

– We must focus calmly and swiftly on our Local Coastal Plan to best compete for valuable funding options soon available.

– Our environment is our economy. Our natural assets, our history, our cultural assets are all finally being recognized as contributing both economically and spiritually. The 250th anniversary of the Ohlone/Portola Heritage Trail is providing the focus. Please get involved.

I will continue to be an active citizen. I maintain interests in many public issues and will help out where I can.

5. If you could identify a turning point in your life, what would it be?

My early family experience had life-long impact. Mom was a dedicated Red Cross Nurse, and Dad was a commissioned naval officer in WW II. During the war, we stayed in semi-rural Ohio with my mother’s Italian Catholic family. The way family lived their faith was influential. Family dinners also served heated discussions. I recall my aunt saying, “Don’t worry, honey. It sounds like we’re going to kill each other, but it will be ok in a few minutes.” She was always right. I went with my mother as she nursed the poor in their homes.

I recall my family drawing my attention to a Native American passing our home: “Don’t stare, but look how dignified he is. His people have not been treated fairly. Be sure to respect him.”

I learned that compassion and acceptance go hand in hand. I learned that American liberties are not free, and that it is the duty of us all to protect those liberties. 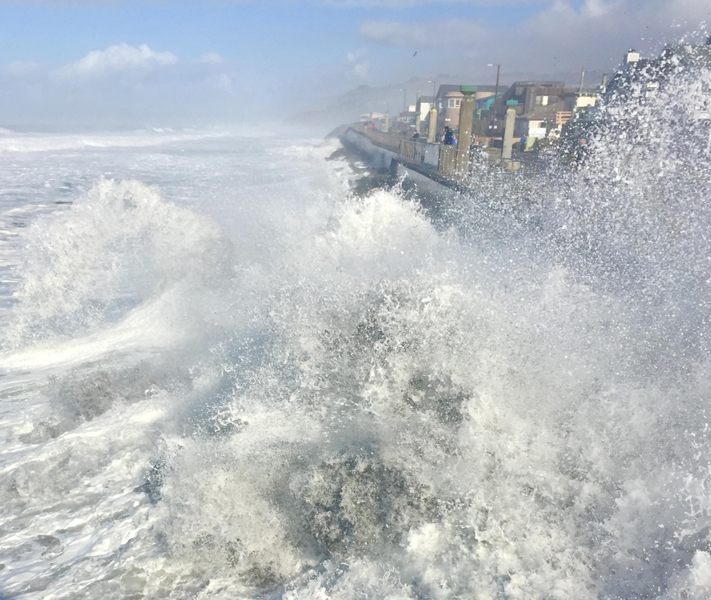 Remarks John Keener after his campaign 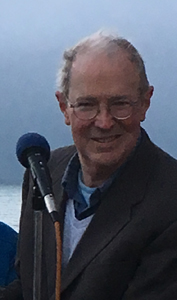 Deirdre Martin: she was my comrade on council the last 2 years – I wouldn’t have gotten anything done without her. We sort of tag teamed issues between us.

Mary Bier: she will be a great addition to council. And thanks to all of you (in this room) who helped get her elected!

My defenders on NextDoor: Celeste Langille, Jess Armstrong, Julie Re, Ian Butler and many others.

My sign team: Suzanne Moore, Ian Butler and his wife Avril (who can’t even vote in the US!).

And thanks to Kirsten Andrews Schwind for organizing this party. I lost the campaign because of the negative mailers(filled with lies) sent by the realtors directed at me personally, and because of the constant opposition of the Tribune. It was tough on my wife and I, especially the “No Keener” signs and the van by the highway plastered with them. But I recovered from the shock of losing faster than most of you, because I had to go on. There were council meetings, Peninsula Clean Energy board meetings, C/CAG meetings, and a host of other items on my calendar.

There’s another couple of weeks, and I’m free. So what’s next? Well, I’ll continue to be involved with Peninsula Clean Energy (PCE), just not on the board, and with the San Pedro Creek Watershed Coalition. We’re in the middle of applying for a grant with the Resource Conservation District, so it’s an exciting time. I’ll continue to be involved with the council as a member of the public. Mostly on land use issues, such as the Local Coastal Plan and the General Plan. And I’ll be an advocate for the environment. Specifically the environment we’re leaving to our children and grandchildren, which I think is the single greatest issue facing us. I plan to speak wherever they will have me, schools, clubs, neighborhood associations, and so on. A recent Intergovernmental Panel on Climate Change (IPCC) report says we have 12 years to halve CO2 levels in order to have a prayer of staying under 1.5 C increase. But CO2 levels continue to increase! With those CO2 levels come more and more devastating fires, elimination of species, global warming, and sea level rise to name a few consequences.

So what do we do? In San Mateo County, where we have PCE generated electricity, the best thing you can do is buy an electric car. When you plug it in, you’ll be fueling it with 85% greenhouse gas-free energy, going to 100% by 2022, and 100% renewable by 2025. There are other things too, like installing solar panels, eating less meat, taking less airplane trips. Our politicians are followers, not leaders. We need to say to them that they must act in haste, and in many different directions, to start to bring down our carbon emissions. It will help if we can show that WE are acting, for example by increasing electric vehicle sales.
So that’s the direction I’ll be heading. What kind of world are we leaving our kids and grandkids?
A much hotter world. Let’s try to change that. Every tenth of a degree matters. 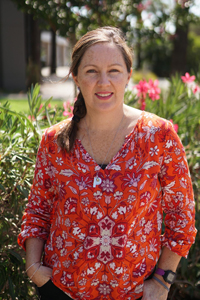 Happy New Year to you and yours!

I am sure many Pacificans were as disappointed as I was to be subjected to the negative campaign tactics used in our community in 2018. These strategies were mean-spirited, ugly, largely untrue and ultimately resulted in John Keener not being re-elected. We all know how easy it was to get caught up in the negativity. Heck, just driving up the highway to work every morning last year put me in a bad space after having to look at the bold and brash anti-Keener signs. I was in a funk for a while after seeing the election results and left wondering one question: Did the negative campaigning work?

Negative campaigning certainly felt like it worked after Measure C also resulted in a failure. This means that the majority of people said “no.” Why? The word “no” is thought to have a negative connotation in the English language. My theory is that it is hard to say yes and it is scary to say yes. Saying yes may mean things change and saying no feels more comfortable. Does this mean that the negative campaigning works because the majority said no? It could mean that but I think it is more that many people fear the unknown so saying no becomes easier. However, we all know that saying yes can mean positive changes.

The word “yes” is often thought of as a positive affirmation in the English language. Positivity feels better to me than negativity, so this year I am choosing positivity. I have accepted that I cannot change the results of the election. I have accepted that I cannot change other people’s negative behavior but I can change my behavior. I can change my reaction to the present and how I think of the past.

I choose to focus on the positive achievements we made in the last 2 years as a council and a community. Some of those accomplishments include:

• placing a cap on the number of payday loan institutions;

• increasing our fiscal sustainability by implementing a tax on short term rentals and marijuana sales;

• voting as a community on a robust rent stabilization measure;

• stopping the widening of Highway 1 and implementing (and still perfecting) the InSync traffic light timing system to help with congestion relief. This is a very hearty list of significant success that we achieved together. It doesn’t get more positive than that!

As we move into 2019, I am choosing to spread positivity by being positive. I will surround myself with people and projects that bring positive forward movement to our community. I invite you to join me in reflecting on a positive past and choosing a positive present. 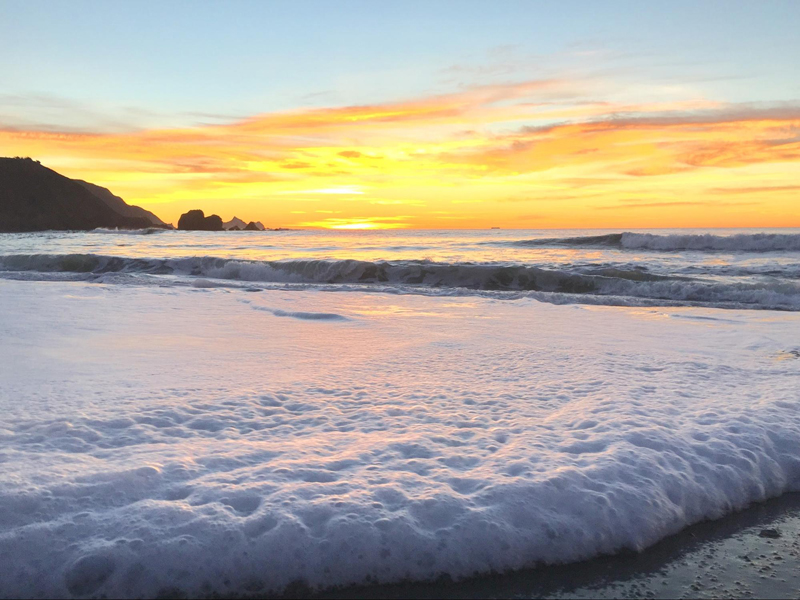 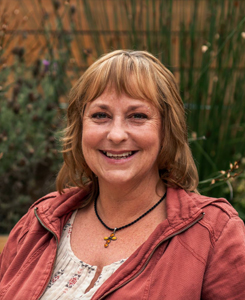 First and foremost, I want to send heartfelt thanks to each and every one of you for all your support throughout the campaign. The intense negativity targeting our dear, honorable John Keener was hard to bear, and never once did you stop fighting. Thank you for being an example of what community truly is.

Now that I have been elected, I am on a new path of learning. I have attended trainings for new council members and have met with all the city departments. It is no doubt a steep learning curve, and I am climbing diligently.

The next couple of years will be extremely important for the community to mobilize, organize, and strategize. It is my intent to continue to work alongside my community on equitable policy that will increase affordable housing, support community services, and help our most vulnerable community members. I believe that if we lean on each other and work together with mutual love and respect, anything is possible. I appreciate the Pacifica Progressive Alliance, and I look forward to witnessing all that you accomplish this year. Please keep me informed and accountable! 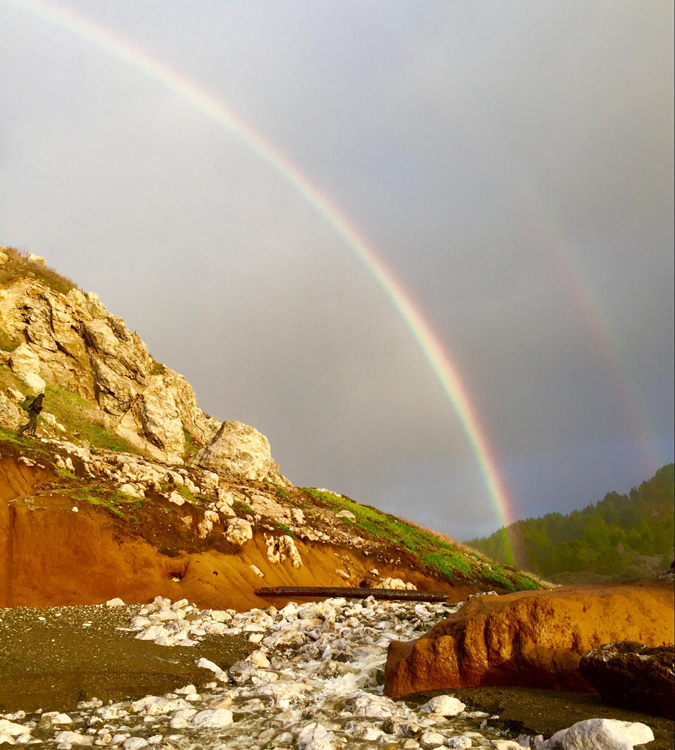